While January is known for its New Year’s resolutions, particularly those related to fitness and dieting, the Super Bowl is held every year on the first Sunday in February. How are the two related?

The day after the Super Bowl is one of the most popular dates for starting a new diet each year, according to an article from Fox Business that cites Nutrisystem. The company told Fox’s Jade Scipioni that “male football fans will either call or visit its website every 1.5 seconds following the Super Bowl.” Apparently, the company calls the day after the annual NFL championship game “Super Monday.”

Given the ubiquitous interest in the game, many people argue that the day after the Super Bowl should be a national holiday. Time will tell whether or not that initiative ever comes to fruition, but there is one recognized holiday in America that offers its own dieting incentives, namely, Valentine’s Day.

The annual love holiday may be associated with indulgent foods, like expensive chocolates and lavish restaurant desserts, but there are other, healthier ways to enjoy Valentine’s Day. Of course, the red rose celebration often carries a sexual connotation in its romantic undertones.

Anyone hoping to make the most of the sexual aspects of Valentine’s Day this year may want to consider a healthy natural aphrodisiac, which stimulate excitement in human beings, particularly the libido, or sexual desire.

Eating healthy is also good for your love life. Some health foods have love-boosting benefits that kickstart your libido.”

“Oysters have amino acids that specifically trigger the production of sex hormones,” Whitney says. “Chili peppers are another healthy aphrodisiac. They stimulate endorphins, the brain’s ‘feel-good’ hormones. Of course, everyone’s favorite, chocolate, spurs the release of dopamine – the ‘pleasure’ hormone.”

The good news is that there are plenty of restaurants that offer one or more of these, so lovers can encourage one another to order, say, an extra half-dozen oysters or chili peppers as an appetizer. Since sexual exercise helps burn calories, maybe some healthy natural aphrodisiacs will wind up canceling out their negative nutritional attributes this year.

For more nutrition advice from Whitney, follow her on Instagram and check out her article on refueling after a workout.  Watch Whitney elaborate on in the video below: 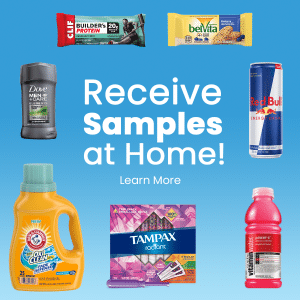 Whitney English tells us about three natural aphrodisiacs that will healthily supercharge your love life.